Due to the coronavirus outbreak, we are now working from home. If you need to contact us urgently please email: emmah@euromedia-al.co.uk 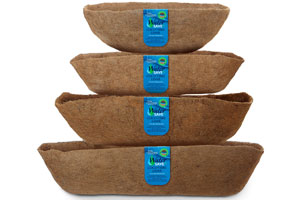 Tom Chambers have announced the launch of a full range of Eco-friendly coco fibre liners developed with an innovative ‘WaterSave’ layer. This biodegradable material covers the bottom section of the liner and works as a reservoir to hold and retain water, meaning much less watering.

The liners also feature an integral built in over-spill which avoids over-watering and root saturation and allows excess water to drain away. The new liners are exclusive to Tom Chambers and are a new and exciting concept to the market.

The important message of using less water and being environmentally aware is communicated effectively to customers with the bold, informative labels and striking WaterSave logo. 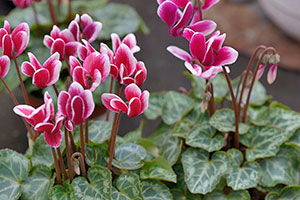 THE UK’S current love for indoor plants shows no sign of diminishing according to the Garden Centre Association (GCA) as new research claims most flatsharers own at least one houseplant each.

In the GCA’s Barometer of Trade for October (2019) houseplants were recorded among the bestsellers by member garden centres for the third consecutive month, with sales up 13.47% on last year.

Iain Wylie, GCA Chief Executive explained: “The UK’s current love of houseplants seems to be growing, particularly amongst renters, as new research from the company Spare Room has revealed recently. According to the organisation, 76% of those sharing flats now own at least one houseplant each. There has also been an increase in the number of houseplants being featured on Instagram feeds, with millions of posts tagged #houseplant. 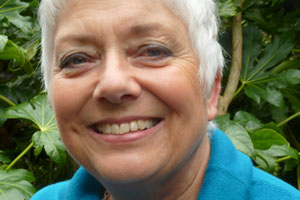 Greenfingers Charity is delighted to announce that Sue Allen, founder of Millbrook Garden Centres has joined the charity’s Board of Trustees.

Sue is a well-known face within the garden retail sector, having established the first Millbrook Garden Centre in Crowborough, East Sussex, in 1979, alongside her late husband, Dick. Since then, Millbrook has grown to incorporate three centres in the South East of England and is now run by the extended family including daughter, Tammy, her husband Ben and sister, Kirsty, with Sue holding the role of Chairman. In addition, Sue also sits on the Board of Trustees for the Garden Centre Association and is Chairman of the GCA Trust. 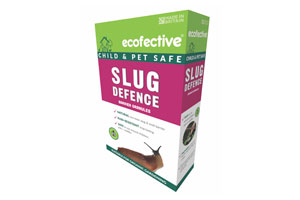 Ecofective®, the pioneering brand of environmentally friendly natural gardening controls, reports that high levels of footfall in organic categories at retail outlets is seeing demand for chemical-free solutions gain rapid momentum – helping ecofective® to expand and develop its customer base. 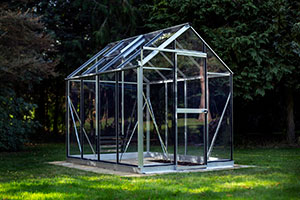 Engaging a new generation of gardeners while catering for the needs of experienced green-fingered enthusiasts is the ultimate challenge for retailers. If there’s one product that offers the potential to attract novices and seasoned growers alike, it’s a greenhouse. Growing under glass dramatically extends the gardening season in the UK – and while the sale of a greenhouse itself presents lucrative opportunities for stockists, savvy retailers know that numerous add-on sales opportunities await as greenhouse owners return time and time again to purchase plants and accessories as their year-round hobby flourishes.

GCA to expand its team of inspectors 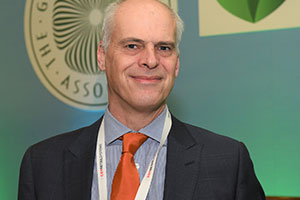 THE GARDEN Centre Association (GCA) is expanding its team of inspectors after seeing a record number of new members join the organisation this year.

It is seeking a new inspector to visit member garden centres in one or two of the area groups around the country.

Iain Wylie, Chief Executive of the GCA, said: “We have seen a record-breaking 13 new members join us this year and we are processing further applications at the moment, which means we are expanding our team of inspectors in order to ensure we have the coverage required to help our members maintain their excellent standards and continue to benefit so much from our inspection process. 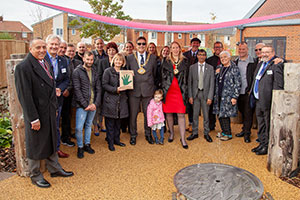 A new Greenfingers Charity therapeutic garden at Grace House, Sunderland was officially opened by the Mayor of Sunderland on Monday 21st October.  This inspiring new garden will provide a peaceful place for relaxation and enjoyment for the seriously ill children and their families that call GraceHouse ‘home’.

The Nest and Rest Garden - Greenfingers 58th garden project to be completed - was designed and created by Sean Murray, who most famously won the BBC’s Great Chelsea Garden Challenge in 2015.  Working alongside Sean was landscaper Keith Ball. Together Sean and Keith transformed a previously blank space into a stunning garden that provides a range of sensory experiences, complemented by sweeping paths that provide a journey through the landscape, and spots of colour that brighten even the darkest days.

Wyevale Nurseries Ltd says it is investing in the future 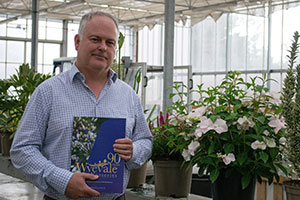 ONE OF the UK’s leading nurseries says it is investing in the future and has seen exceptional demand for British-grown stock.

Wyevale Nurseries Ltd says it’s able to supply British-grown plants from its extensive production facilities in Herefordshire into a market struggling to secure its supply-base for the next season and beyond.

Andy Johnson, Director at Wyevale Nurseries, which celebrates its 90th Anniversary in 2020, said: “As a company we are going from strength to strength and investing significantly in the future and our teams in order to drive production forward. We are also continuing to develop links with leading plant breeders and raisers, taking in quality young stock to supplement our own propagation.

“The demand for British grown native tree and transplants has been exceptional and our doubling of our cold storage capacity is currently nearing completion at our market leading transplant facility.

Sara to sleep out in aid of homeless charity 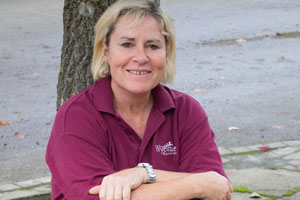 A DESPATCH and Stock Controller at one of the UK’s leading commercial nurseries in Hereford will take part in a sleep out in November, 2019 to help raise money for a homeless charity.

Sara Bowie, who works at Wyevale Nurseries, will be joining in with the annual fundraiser in Bristol on Thursday, November 14 in aid of 1625 Independent People (1625ip).

The 55-year-old, who lives in Norton Canon but grew up in Bristol, explained: “1625ip is a Bristol based charity that has been supporting homeless 16-25-year-olds for more than 30 years. It works with around 2,000 young people in the South West every year.

Houseplants hold up for second month 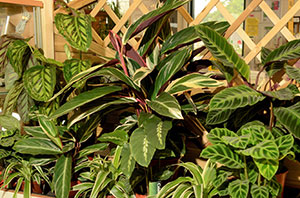 HOUSEPLANTS were the best sellers for a second month in a row (September, 2019) at garden centres across the country according to the Garden Centre Association’s (GCA) Barometer of Trade report.

Iain Wylie, GCA Chief Executive, said: “The trend for houseplants doesn’t look like it’s going away any time soon, and after a positive August, it’s great to see that sales in this department remained up for September as well.